While I never intentionally delved into the art of photography, I found myself immersed in it. From Film School training, to filling in for a missing photographer at a cosplay shoot, I began to appreciate the quiet art of photography.

Believe it or not, I became rather camera shy in my Middle and High School years. While I used to act in Elementary school, I soon became more comfortable in working ‘behind stage’ so to speak, particularly due to my lack of confidence in my appearance. But I began to cosplay, I found myself wanting to take pictures. So I did and… I felt that something was missing. I was wearing something tailored for me, make up done up, so what was… Oh right, the camera. Slowly, I began to want to learn how to look better in pictures and pose in my costumes with that ‘one-great-look’ that I found in the mirror one day. I started to ask, “How does a camera really work?” “Is there a trick to getting good pictures?”

I started to play around with lighting, background, composition, and angling. Mostly at the time I was acting as the model. I just took note of what looked good, what didn’t, what we did with one photo, what we did with another, etc. It was a lot of trial and error. At the same time that I was getting into cosplay though, I was going to college for Film. Enter the rule of thirds (among other great tricks used by cinematographers). My professors would teach me how to get a ‘good shot’ in film. They taught me what detracted, what enhanced, and how changing various elements could help me get the shots that I wanted. And as they taught me, I started to see how what they were teaching also carried through to photography, both in my own modeling experiences as well as photography done by others.

So at that point I had a ‘basic’ understanding. It was just a matter of applying it and that’s essentially what I’ve been doing ever since! Just like with every art, I find that one’s Photography can be improved by trying multiple times, taking risks, trying new things, and exploring your options. Along the way, I’ve learned new things, recognized various styles and applications of techniques that I enjoy, and attempted to find new ways to speak through a single frame of film.

As a photographer, with every new photo, I attempt to use what I’ve learned to the best of my ability. My hope is that I might be able to have you join me as we use cameras to capture memories.

How long have you been practicing photography for?

What are your favorite kinds of photography?

I enjoy most kinds of photography, particularly work by the photographer Ansel Adams, so for a favorite “kind”, I’m likely to lean towards landscape (including cityscape) or portrait photography. Generally I like to take photos of architecture and cosplay, but I also enjoy working with black and white and any form of “people watching” so to speak. I love being able to capture simple, but beautiful candid moments. In particular, I love photography taken within Japan.

In what ways do you “process” your photos? Where did you learn?

I currently use primarily Adobe Lightroom for any processing work when it comes to photography, but I am also very familiar with Adobe Photoshop. When I started my learning journey in college, I took classes in Photoshop and original film-based Photography. Later, I came to explore and experiment in Lightroom, which I prefer to use. My knowledge of film-based development of photos was probably my grounding point though for my current style as I find that often times, just changing the lighting works wonders for bringing a crisp vibrant feel to the image. Essentially, I prefer keeping the image as close to the original as possible and adjusting the lighting to recapture what the camera might have missed.

What advice would you give for aspiring photographers?

Just keep taking pictures! And take pictures with other people. Ask questions. See what other people are doing and why. Even though I’ve taken photography classes and gone to film school, I still find myself learning a lot from others who have different experiences then me. So don’t be shy, get out there! And when you see two photos that you took that are very similar, but you like one better, think why it is that you like that one better. What about it gives you the feeling ‘yes, that one’? It helps you pin point what you did that you like and don’t. So essentially, keep at it, and pay attention! For a photographer, experience is the best teacher. 🙂

Do you go to public photoshoots?

Sometimes! If I do, they are listed under my events calendar. I hope to meet you all there! 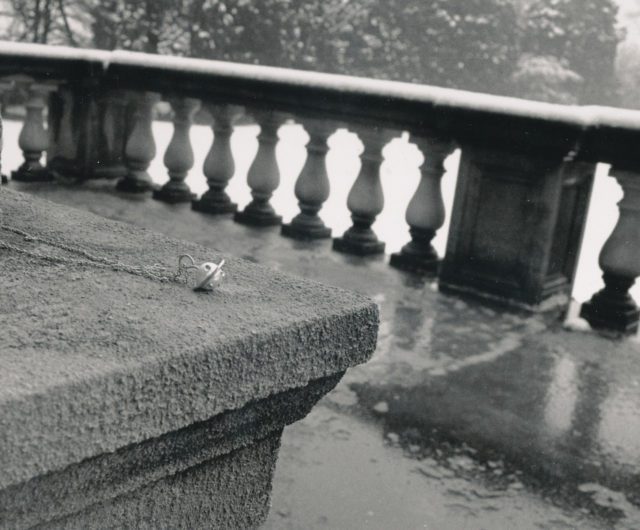