Went to get a haircut the other day. Was talking t

Inspired by some of the family history research I'

Though December is my birthday month, for some rea

Fiercely determined to learn the truth of what happened a century ago to imprison humanity in the walls, Erwin holds fast to the hope that if they can reach Grisha’s basement, the truth will be made known until them. 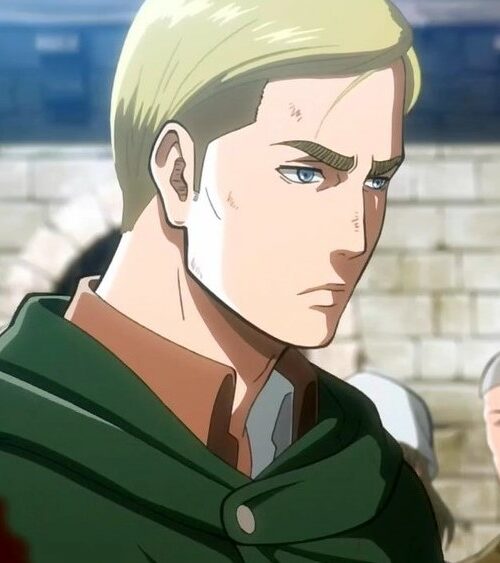 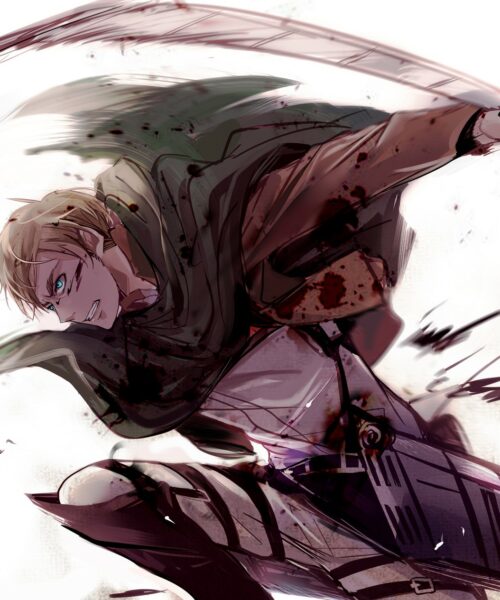 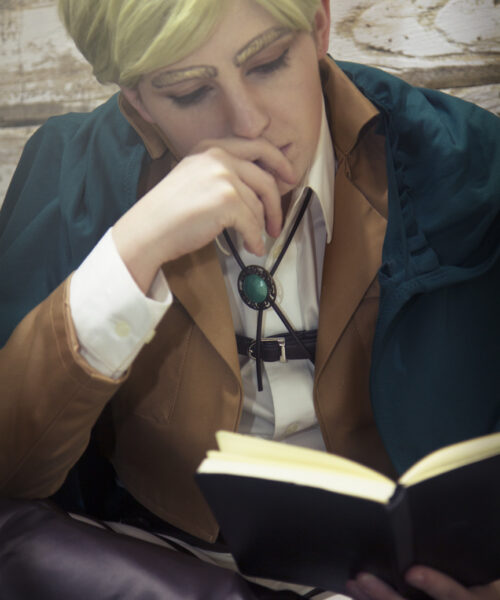 "I... really... just wish I could go to that basement... The reason that I was able to make it this far was because I believed that the day would come... that someday... I'd get those answers I've been looking for. There were so many times where I thought death would be so much easier.... but I couldn't get the thought of my father's dream out of my head... 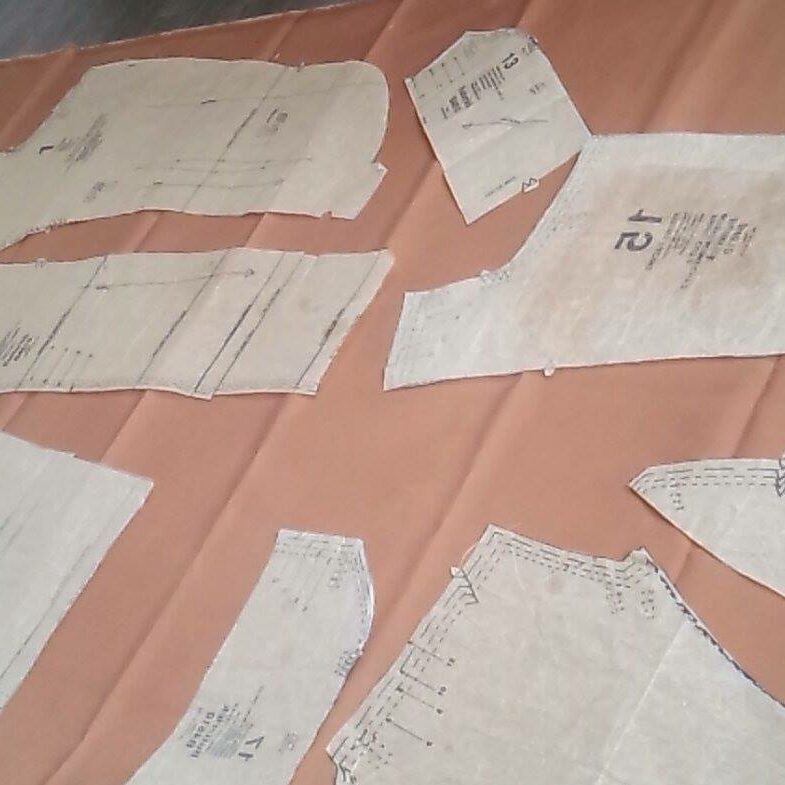 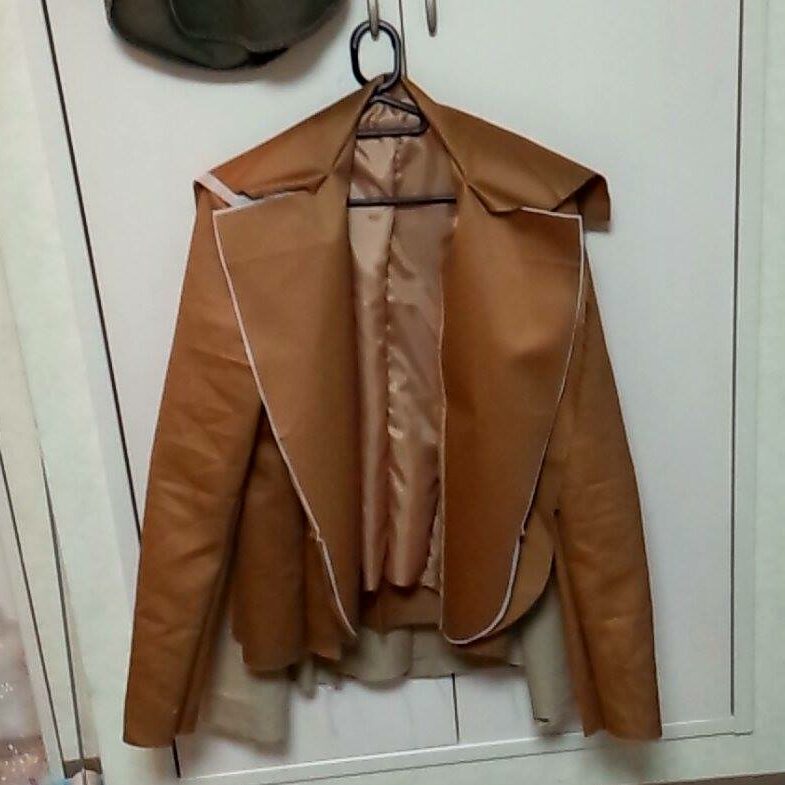 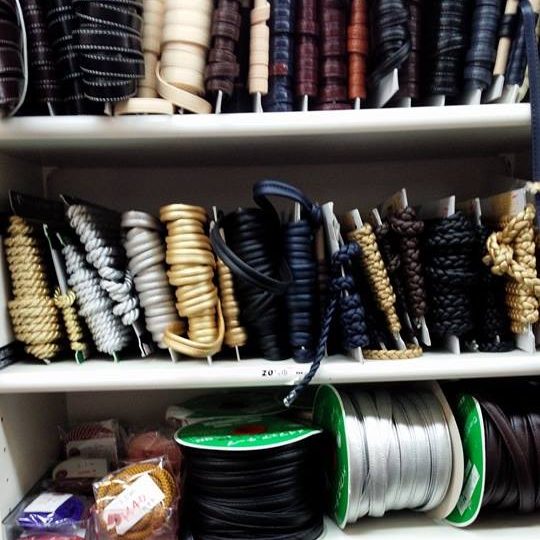 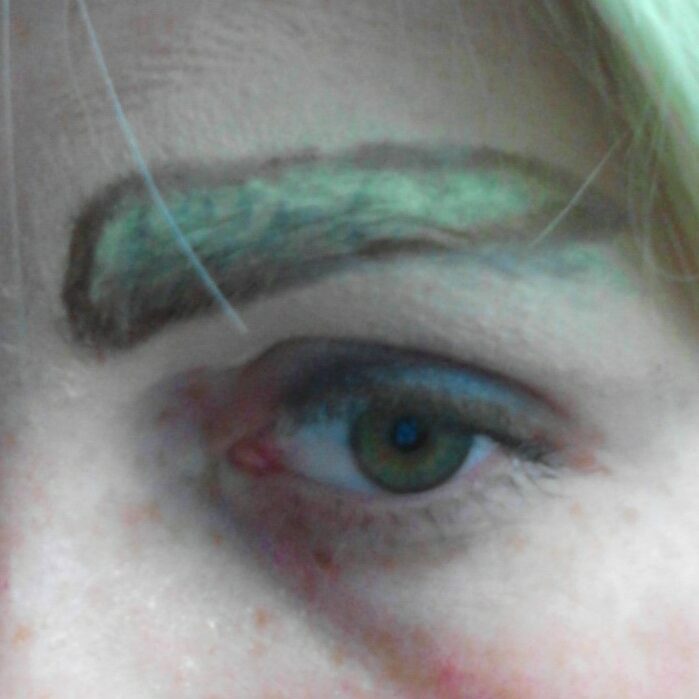 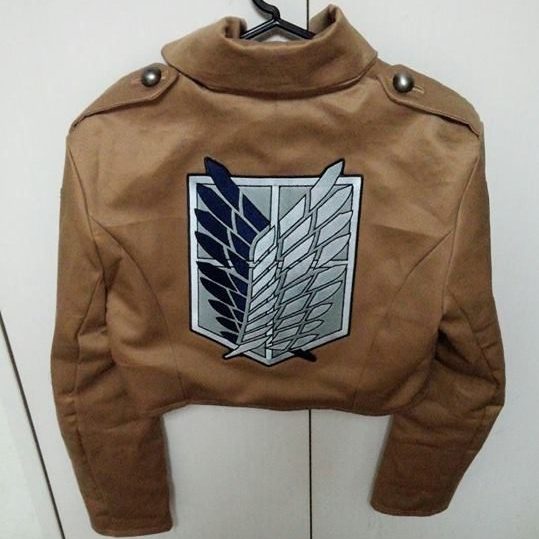 After a bit of cosing Eren and Mikasa from “Attack on Titan“, RaiinFaiiry started to ask me to do Erwin after learning that he was quickly becoming my favorite character in the series. I refused (sort of). I started working on Erwin without telling her. Then I did a shoot as Erwin. Then I still refused to cosplay him, making her promise to do another cosplay with me before I did Erwin.

She agreed and then I sent her photos within minutes. Pretty sure I broke her a bit at that point, haha.

Anyway, Erwin wasn’t too difficult. I already had the shirt I needed, so the biggest challenge was his wig and make up. I choose to go with a multi-colored wig, then add in short sideburns via make up to the sides of my face. The bolo tie proved to be a challenge, but only because it was so difficult to get the supplies that I needed.

Then came the rest of the make up… and those eyebrows. I wanted to make Erwin very distinct from other characters and as much as we all make fun of them in the fandom, those eyebrows are pretty distinctive. So I went about doing a few test runs to find a method and look that I liked for bringing them to life.

So with that, the sideburns, and a bit of contouring, Erwin came into a reality. 🙂 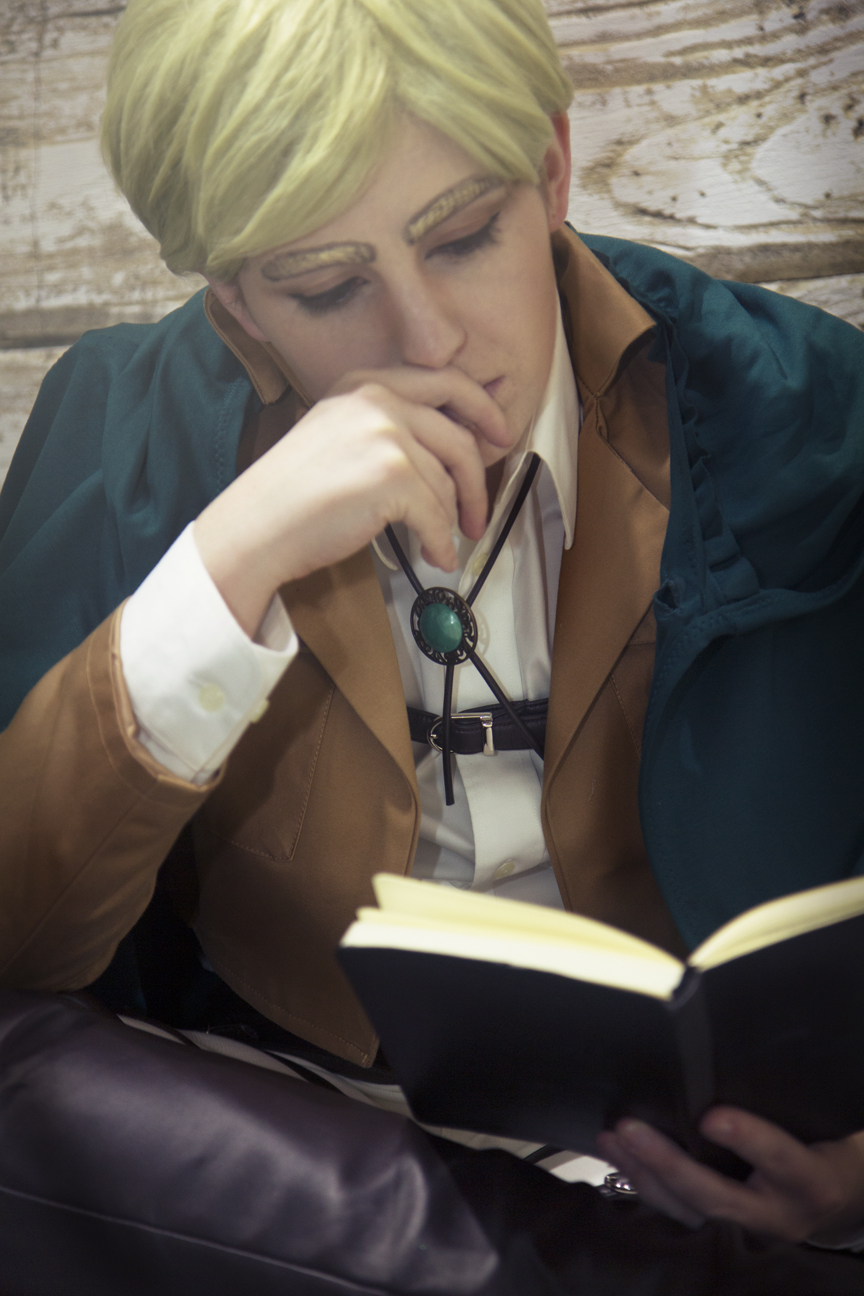 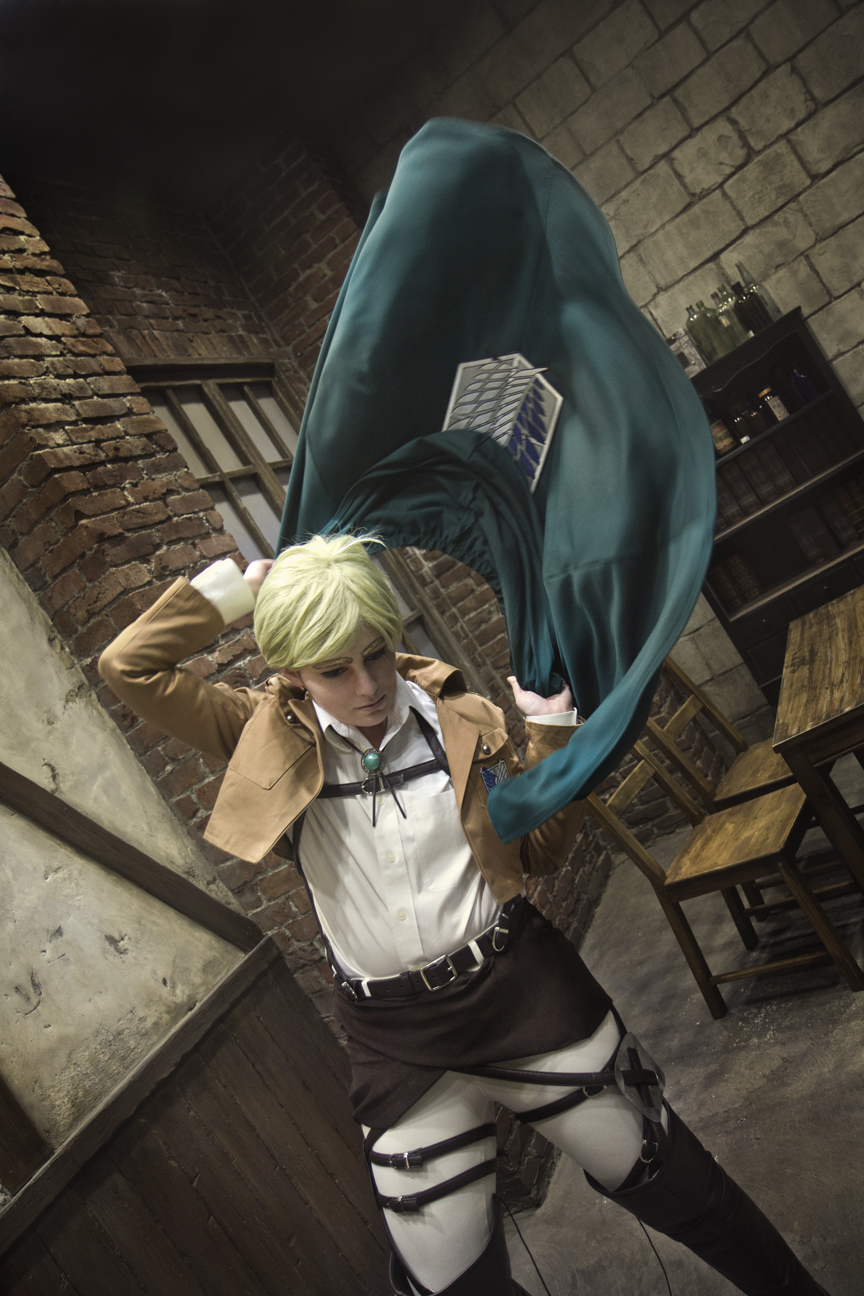 ... And now, here I am, the answer right at my grasp, it's right there... but, Levi. Can you see them? Our comrades... our comrades are watching us. They want to know what the objective is that they forfeited their lives for. Because the battle is not over yet. It's all... in my head isn't it? It's just a childish delusion, right?"

I really love Erwin’s character. I think often times writers skim over a commander’s thoughts in war stories, instead focusing on the soldiers who are in the middle of the fray. Isayama allowed us to see what goes through the mind of a person ‘willing to abandon his humanity’ in order to save others. And it’s frighteningly fascinating.

The fact that Erwin is so well aware of the fact that he’s sent men and women to their deaths and has a responsibility to make their sacrifices worth it is chilling. It allows us to understand that no one is immune from the weight and gravity of the loss of lives on one’s watch. No matter who they are. We will always know and there is no escaping.

That is in some ways, another reason why Erwin is so interesting. He doesn’t try to run away and bears it silently. Not many people could do that and that is one of Erwin’s greatest strengths.