"Beads"⁠⠀ .⁠⠀ One of my favorite shots fro

Alois Trancy and Elizabeth Midford Cosplays from B

It’s still winter in my neck of the woods – but I’m longing for the spring and summer! So this month’s featured artist is one who excels in bringing out the beauty seen in those wonderful seasons – InstantMiso, creator of “Where Tangents Meet” and “Siren’s Lament” on WEBTOONS!

InstantMiso (or just Miso as some of her readers call her) began drawing at the young little age of 4 years old, having been introduced to manga and anime (such as Sailor Moon) at a young age along with being influenced by her uncle, a professional artist and comic fan himself.  In past Q&A sessions with her readers, Miso said about her early days of drawing, “I loved drawing comics as a little kid because i would show it [to] my sisters and my cousin and just seeing their reactions [and] them laughing while reading it just brought me so much happiness. Just to see that something that I created was able to make someone that I love smile and I don’t know, I know that’s really cheesy and stuff, [but] that’s the main reason I started doing comics. It just brought me ultimate happiness and it still brings me ultimate happiness!”

One or two decades later, Miso entered college and at that point, started working on “Where Tangents Meet”, a comic she created with her friends’ input for plot inspiration. Though it was never intended at first to be published for the public and was rather at first just intended for her friends, on April 9th, 2015, she took a leap and uploaded the first chapter of the series to WEBTOONS. With a 39 chapter run, the series was completed on December 31st, 2015 and over that period of time, her work grew in popularity. She also met the musician KennyComics, who she would soon start collaborating with for comics. It was during this time that the idea for her next comic, “Siren’s Lament” would begin coming to Miso as well. In her own words, “I just wanted to write a story about mermaids!”

The story came in bits and pieces and she began to sculpt the various characters personalities before creating designs to suit them. The essential question that made the concept for the story bud in her mind was “What if sirens, always perceived as evil, were just misunderstood?” Slowly, she began building up the mythology and magic within her story. On March 5th, 2016, “Siren’s Lament” launched and it quickly became one of the top comics on WEBTOONS. Currently, the comic stands at 173 episodes in total, with the final season coming soon.

And all this while Miso has been working both full time on the comic while pursuing her education! When discouraged, Miso has stated in the past, “I feel like thinking about the finished product in the end is always a good motivator for me. And that’s what so great about being a creator you have the ability to create things and then look at it after, whether it be, you know, writing or drawing – and I feel like my readers also help a lot with motivating me to keep going.”

And speaking of her readers, she loves them all too! She’s said of her fans, “It’s just really amazing meeting you guys in person. Because it’s easy to forget [that] there are actual physical people out who [read] my comic. [It’s] really cool and I really appreciate and admire my fans for being so supportive and I love you guys a lot… you guys are seriously the best readers anyone could ask for!”

Haven’t read “Where Tangents Meet” or “Siren’s Lament” yet? Check out some of InstantMiso’s work below! 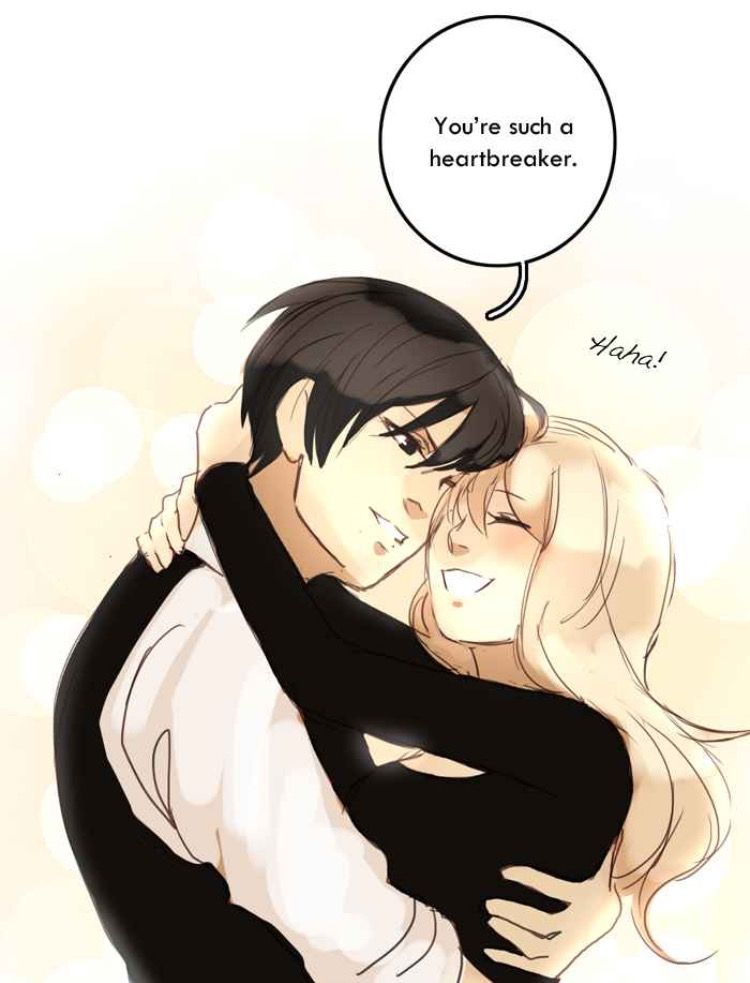 Upon completion, Miso plans to formally publish “Siren’s Lament” before likely moving on to a new story. But for now…

Where Can You Read Work By InstantMiso?

So why was Miso chosen this month as a featured artist? Miso was chosen quite simply for her humble and quiet way of holding on to doing what she loves. She’s like Ariel from Disney’s “The Little Mermaid” in that way (and yes, that comparison was very intentional). 😉  In her career as an artist though, Miso wasn’t simply always given praise. By putting her work online and gaining popularity, she inevitably received negative feedback along with the good (why anyone would do this, I personally don’t know). However Miso discerned the difference between praise and constructive criticism, choosing to focus on the good and take the constructive criticism as needed. However, she believes, if it’s something unnecessary, then those people are not worth your time. “[In] the end it’s your happiness that matters, [so] do what makes you happy only focus on the good.”

Even offline, Miso faced pressure to pursue financially stable careers upon entering college, feeling that art would always just be a hobby of her’s. But she realized something about drawing comics, “It’s the way I can express myself the best. [I’m] pretty awkward when I’m talking and explaining myself, but I feel like I can express myself a lot better through art and writing.” And going off of that, always practicing, drawing, and honing her skill, Miso ultimately decided to take a leap and pursue art as a major in school and she’s very grateful for where she is now. THAT’S something we can ALL learn from.

When asked by others what advice she’d give aspiring artists she says, “Just have fun with it! Do it for yourself and don’t worry so much [about] what other people think. [Write] and draw about something you’re really passionate about. That way you won’t ever get tired of it! …And try finding fun in, you know, challenging yourself even if it is tedious sometimes. [Do] it for the end product, cause you’ll be able to pat yourself on the back in the end… Don’t worry about [how] many views you get, [all] you have to care about is doing what you want to do… Don’t try to impress anybody.”

What an awesome thing we can all learn, both for art and for ourselves – “Care about doing what YOU want to do, don’t try to impress anybody.” I think we all are very prone to caring about what other people think of us. We naturally want to be liked, to fit in, to be accepted, to make people happy with us, which we believe will make us happy and less stressed in return. But Miso has locked onto something very key in life – you’re never going to make everyone happy, but you can certainly make yourself happy. And that’s what Miso does with her art – she makes stories SHE wants to tell, and often, when you do that, others will want to hear that story too.

I hope you all check out InstantMiso and her work on WEBTOONS (you have time now to catch up and get ready for the final season of “Siren’s Lament”)! Both of her works are wonderful, though I must admit, that “Siren’s Lament” is seriously one of my favorites on WEBTOONS (good enough for me to want to re-read it – in fact, I do re-read it very often!) So again, check it out! (And thank you, Miso for this fun ride! 😉 ) Till next month’s feature, wishing you all the best happiness,

"Beads"⁠⠀ .⁠⠀ One of my favorite shots fro

Alois Trancy and Elizabeth Midford Cosplays from B