It’s been a good 2.5 years since I’ve had the chance to go to an X4 concert, in other words, much too long. A lot has changed, new members, new songs, new fans. But I found them all to be marvelous additions to the community. So a little background before I get to XXXX Zepp Tokyo, I used to live in Saitama, Japan from 2014-2016. This allowed me to go to both X4’s events in the Tokyo area fairly regularly. I was lucky enough to be able to attend many of their concerts from their conception as a group. This continued right up until about the release of their single “Obsession”.

Japan, and Tokyo in particular, offer I find a wide range of things to do, places to go, and things to experience. But I found myself at the end of my time in Japan. During that time, I reflected heavily on the many wonderful memories, emotions, and friends that I gained. Many of which were from attending the X4 concerts. Thus, I made a promise, both to X4 and myself. The next time I was in Japan, I would attend one of their concerts. Zepp Tokyo was my way of keeping that promise. Quite literally haha. Speaking with X4 International Fan Page Admin Jemiyu as soon as ticket sales went on sale for XXXX Zepp Tokyo and I was sure that I could get off, we purchased the tickets. Fast forward to May 19th, and I’m on my way to Japan!

I spent the first week in Miyajima, Hiroshima, Usagishima, Kyoto, and Matsumoto and the second in Tokyo, seeing many beautiful and enchanting sites that Japan had to offer and places that I loved, so I think it means something when I say that the X4 concert was by far the highlight event of my two-week vacation. I think this was for many reasons. But in short, to encompass everything rather simply, I think it was because of the atmosphere that Kodai, T-Max, Jukiya, and Yuya create with their music, their spirits, and their fans. There’s just something very special about it. 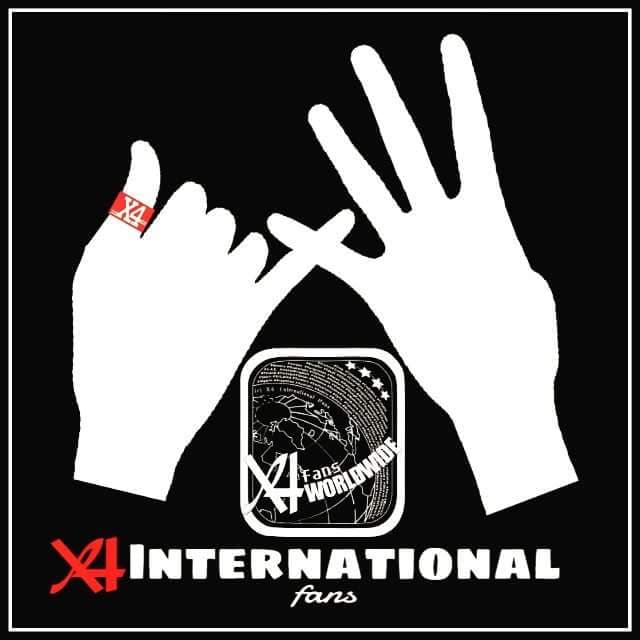 It began even before the concert XXXX Zepp Tokyo itself. Seeing old friends, making new ones, all of whom are dedicated fans of the boys, their music, and their dreams; it’s a warm environment, very different from most clique-y fan bases that are overtly possessive and competitive in some ways. It was like coming back to a second home in a sense. In other words, I can’t thank fellow fans enough for making the experience all the more memorable and fun.

Being that it had been so long since my last concert and likely at least another year until I could make it to the next one, I rather shamelessly purchased just about one of everything while there along with several bromide sets and gacha rounds. Jemiyu was also a saint and brought me my order of Yuya’s 10th Anniversary Book, adding to another round of excitement prior to the show itself. After the brilliance of the goods grab, we all chilled out in Venus Fort until the seating opened. While waiting for our numbers to be called, again, the fan environment proved to be a delight!  I got near tackled to the ground by Admin Katie, only to have my fallen sunglasses returned to me by a fellow fan. It was good to feel so welcomed.

Thanks to Admin Letty, I was lucky enough to get to see the ZeppTokyo’s performance from the second row, nearly in the center! We also noticed up on the second floor, a certain Shota, for whom we were glad to see. I personally had never had the chance to see Shota perform live. So I was happy to see that he was still present and supporting his musical brothers where he could.

We didn’t have to wait long until the XXXX Zepp Tokyo performance started though with “I’ll give you all my life” and immediately, the audience was invigorated. The music boomed to the point where one could practically feel the molecules within them vibrating. But it wasn’t just the music or sound that was exciting. The moment that Kodai, T-Max, Jukiya, and Yuya come on stage, there’s a life that penetrates the music hall. After 2 years, I can for certain say that not only have the 4 retained and furthered their love for music, their showmanship, and their vocal abilities, but also their passion for sharing their craft and they are eager to ignite the crowd with a love for life, music, and emotion.

“Heavenly Infectious” is a great phrase for X4. Watching their energy, their harmony, and perhaps most poignantly, their smiles, one can’t help but feel uplifted and, just in general, better about life. Like the world is able to stop for just a few hours while we all enjoy the music. They’re able to convey a happiness on stage to so many people all at once. It’s almost unreal, but as an audience member, I was so glad that it was.

They sung an excellent mix of new and classic X4 songs. Some of my favorites included “I’ll give you all my life”, “Koe ni Shitanara”, “Girl”, “I want you back”, “Once More Dance”, “This is love”, and “Thank You”. Furthermore, as always, their dance routines were on point. Meanwhile their fashionable suits and later on down to earth attire only made us want to watch them dance more! (And I always have to give them props for both singing and dancing on stage. Those lights are beating down hot on them and they do an excellent job!) I could also go on and on about their fashion choices. I love fabric and detailing and everything they wear is just so on point!

After a 3-song encore in which the boys came out, thanking us all for coming and giving their all, it seemed unreal that the night was near over. But that was just it. It wasn’t over quiet yet.  At least not for anyone who bought a CD and opted for a handshake with the boys as their bonus item. Which I did haha. The line moved fairly quickly, meaning it wasn’t long before we all got to meet with the four members. 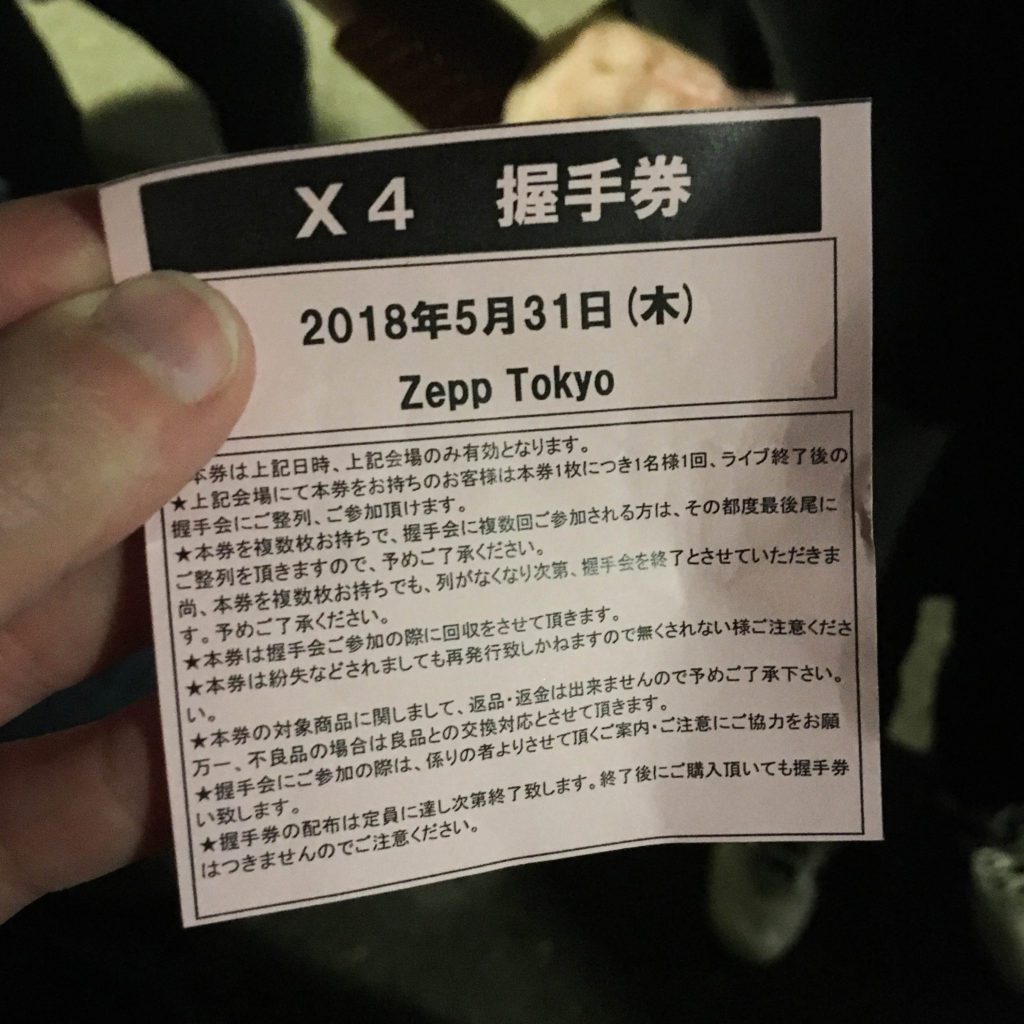 I had never met Jukiya before, so it was nice to meet him, however briefly, and seeing Kodai, T-Max, and Yuya again was wonderful as they all appeared to be in good health and high spirits. I think as fans, aside from showing our support through concert attendance, merchandise purchases, and promotional media posts, the best things we can do for them are pray and hope for their best health and happiness, so it was warming to see that they all appeared to have those two things in their lives that day. Overall, it was a perfect end to a perfect night at the finale of the XXXX 2018 concert series. Many thanks again to everyone who helped make this such a great evening. And of course, thank you X4 for making the night spectacular!