It’s August guys and we’re half way through the year. As the summer heats up, I’m super glad to be able to bring you this spotlight highlighting 4 artists that I’ve talked about in the past for the XXXX 2018 Tour, albeit at a bit of a bittersweet time for this super talented artist group – Teichiku’s X4! 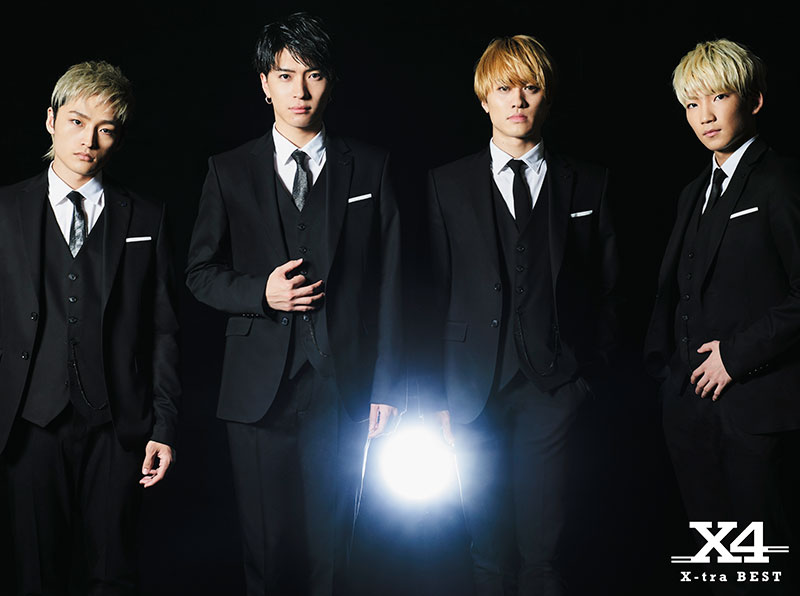 Made up of T-MAX, JUKIYA, KODAI (Yoshida Kodai), and YUYA (Matsushita Yuya), this band of singers debuted in 2015, releasing their first album “XVision” on February 22nd under the label Japanese Dream Records . Focusing on upbeat music and R&B, with every member equally working on singing, rapping, and dancing, the group had their major debut on June 25th 2015 with Teichiku and during their time together, they have released a total of 5 full albums, 3 singles, 9 digital singles, 3 mini albums, and 3 DVDs along with 7 collaboration releases. They have also had numerous concert tours and performance debuts all across the country of Japan and even overseas.

You may have noticed that I used the phrase ‘bittersweet time’ when I described this band earlier however. Unfortunately, this month it’s been announced that in March of 2020, the group will formally disband in order to allow members to pursue more solo based careers.

So today’s spotlight is going to be a little different in that I’ll be spotlighting each of the individual members and their unique attributes before moving onto their works as a group. I hope in the future to do individual spotlights for each of them as well – but today, I wanted to celebrate the wonderful music they created together over the course of 5 years as the wonderful band of X4. 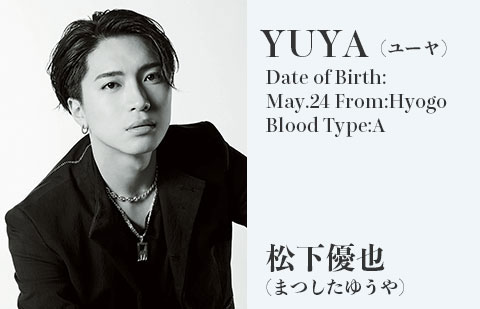 Born May 24th, 1990. A Kobe native and leader of the band, at a young age, Yuya decided he wanted to be a singer and entered Caless Vocal & Dance School where he was discovered by Jin Nakamura, who composed his debut song “Foolish Foolish”. Initially debuting under Epic Records Japan in November 2008 as “Matsushita Yuya”, Yuya eventually opened his own label “Japanese Dream Records” to allow himself more freedom to pursue musical endeavors of his own choosing. As part of that, he formed the group X4 to pursue harmonic singing with fellow singers who had a love and appreciation for R&B. Yuya continued on and off to work on his Solo Career during his time with X4 – most recently releasing the full album “Black Neverland”, notably nodding to one of his favorite artists, Michael Jackson. 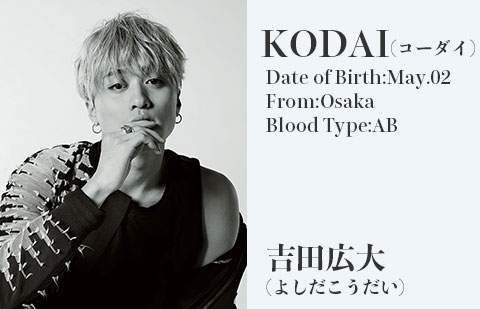 Born on May 2nd, 1992. An Osaka native, prior to working with X4, he performed as a street artist with former X4 member SJ. Since joining X4, Kodai has also worked on developing his solo career under his full name “Yoshida Kodai” as well, releasing 4 mini-albums and touring across Japan on his own as well. He can often be seen live streaming on Instagram practicing on his guitar and has taken on various roles in musicals and TV shows. He’s known amongst X4’s fans (XBabies) for his positive and upbeat demeanor and natural tendency to always be smiling. 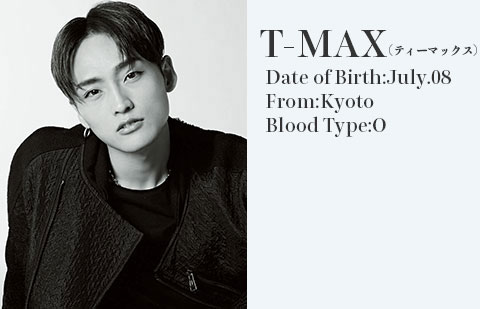 Born on July 8th, 1991. Hailing from Kyoto, T-Max is the calm in the storm of activity within the group. With a rather stoic, but sweet demeanor, T-Max formally worked as a member of EDEN. Before joining X4, he also attended the same music school, Caless Vocal & Dance School, as Yuya. Known for having a strong work ethic, T-Max is a fan favorite thanks to his genuine personality. XBabies fondly remark often of his sincerity at meet and greets as well as his constant desire to do his best. 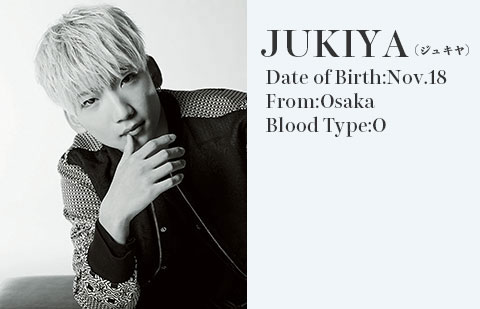 Born on November 18th, 1999. Also from Osaka, Jukiya is the youngest and newest member to X4. A graduate from Caless Vocal & Dance School (the same as Yuya and T-Max), Jukiya has enjoyed hip hop music since junior high, working with various other performers, such as SHUN and KREVA, in the past as well. Specializing in Rapping, Jukiya brings a youthful energy to the group, with lots of strong expressions on stage. 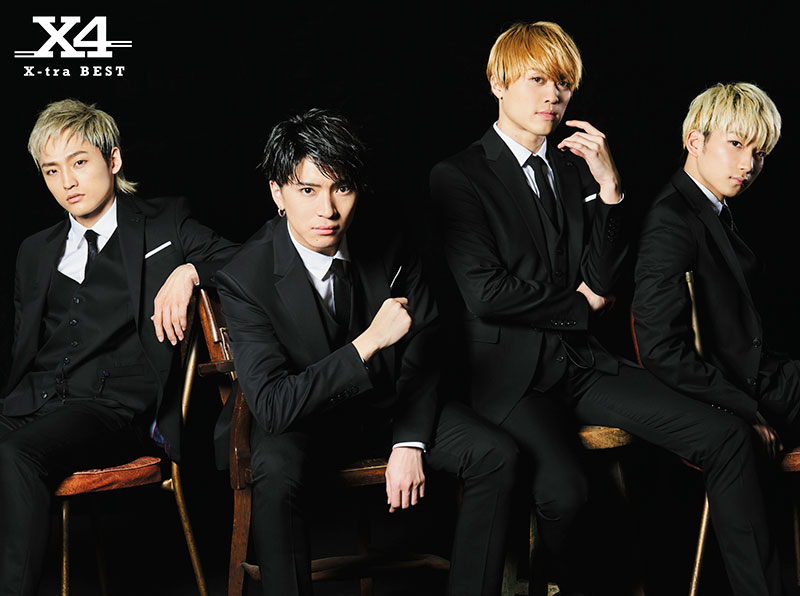 Since their conception, X4 consistently worked to bring to the stage a level of quality and dedication to their fans that has led them all to creating some truly fantastic work. Each member works not just to sing, not just to dance, but to also bring their listeners joy through their music. Below are three of their MVs:

“I’ll give you all my life”

For more information on following X4 (and all of their members’ official accounts), please see the links listed below:

Of course, there are many people sad to hear about the dissolution of the group. Having worked with the X4 International Fans admins, it’s hard not to hear the sadness this news has brought to their fans. They have brought us all, not just great music, but great memories and friendships. However, the one loud and ringing true sentiment from fans is that they wish to continue to support the X4 members even on their paths to solo careers.

“I’ve adored lots of artists for the past years but you [X4] made me decide to create a Fan Page right on the day I found you. Thank you for the music, the excitement, the fun and the joy of bringing the whole world together to appreciate your presence. I gained lots of friends (XBaby) and most of all, my co-admins that I can call my family. You made us happy by appreciating our presence as well every time you show us how grateful you are for supporting you. X4 International Fan Page will still continue the task we’ve started. We will still support you all with your individual careers and possibilities that awaits you.”

I couldn’t have said it better myself.

X4, you’re all going to go so far. Thank you all so much for the music, friendships, feelings, and memories. We’ll all be watching and will be looking forward to seeing you soar.

PS. Below is my awfully bad Japanese translation of my thanks to X4. I’m so out of practiceeee. But it’s essentially the same as the above. Love you all and looking forward to bringing you another Featured Artist next month! Much love!! <3